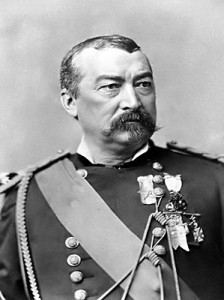 Union General Ulysses S. Grant appointed General Philip Sheridan commander of the Army of the Shenandoah. This happened after General Jubal Early’s raid on Washington, and now Pennsylvania and Maryland, was undertaken to force a withdrawal of Union Troops from the siege of Petersburg.