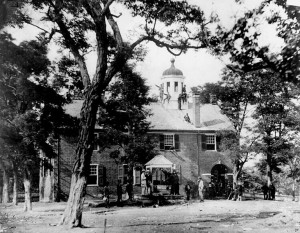 McDowell, who was in charge the Federal force was in shambles, dropping valuable equipment and supplies along the roadside because they proved too heavy to carry on the march. Fortunately for them, at the end of the march to Fairfax Court House they discovered more supplies, left behind by the Rebel army for similar reasons.